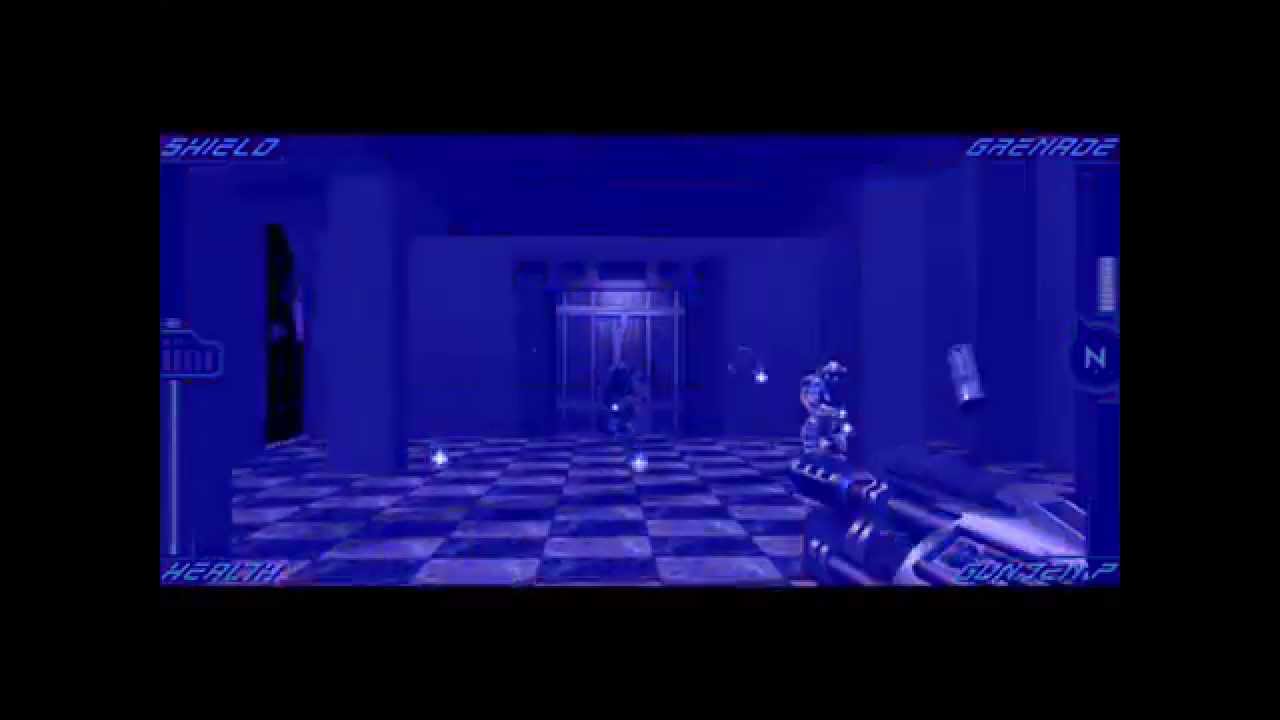 Came also out for:

Jack Butcher is a former soldier, and now an assassin working for the government. His contact Sabre has a new assignment for him: take out Jacques Arnoud, head of Microkomm and an associate of the Red Storm Rebellion. They are planning to use Microkomm’s new government contract to fund a rebellion, and the government wants him dead. This should have been an easy assignment – hit and run, escaping through the roof. However, seconds after Jack shoots Arnoud, a guard bursts through the door. After narrowly avoiding capture by the guard, a bomb blows the stairways to the roof. Jack is stuck in a building crawling with guards and security drones who are out to get him.

Assassin 2015 is a plot-driven 3D first-person shooter focusing on combat rather than exploration. Opening the wrong door or going the wrong way will usually result in the player character’s death, as he will encounter a horde of guards or drones. The player listens to the instructions of Jett Jones, the protagonist’s only outside support, and follows her directives. The gameplay is mostly linear and involves traversing corridors and rooms and shooting the enemies within. However, the game features some other scenes, such as running away from a giant robot and an elevator shootout.