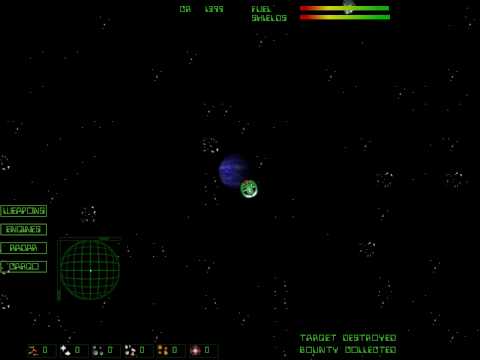 This little gem, also known as Star Miner, was released in 2003 by Positech Games, a developer based in the UK, known for Democracy and Gratuitous Space Battles, among other games.

The goal of the game is to mine asteroids, destroy hostile ships, upgrade your own ship, and ultimately reach a monetary credit goal to advance to the next level.

The game has eight levels, one of which was playable for free in a shareware demo. To unlock the rest of the levels, one needed to purchase a registration code from the developers.

Asteroid Miner also supports IPX and TCP/IP multiplayer with a maximum of eight players, which is unlocked in the demo.

Today, it’s tough to find this game. If you’d like to give it a go, I’d recommend contacting Positech Games and asking for a download and a registration code. It’s a tiny, simplistic game, but it’s well worth your time.

You can also find a download for the demo on Mod DB:
Note that, if you’re playing on Windows Vista or later, you may encounter an error message stating that d3drm.dll is missing. d3drm.dll is Direct3D Retained Mode, which is an older graphics display technology from 1997 that was removed from Windows Vista onwards.
You will need to find a reputable location to download this .dll and add it to the game directory (the folder with the executable).

Please note that the game version recorded was version 1.30. The Mod DB version is 1.32, which is graphically updated. I myself prefer version 1.30, which is the game just as I remember it back when I first played.