Babyz: Your Virtual Bundle of Joy for the PC 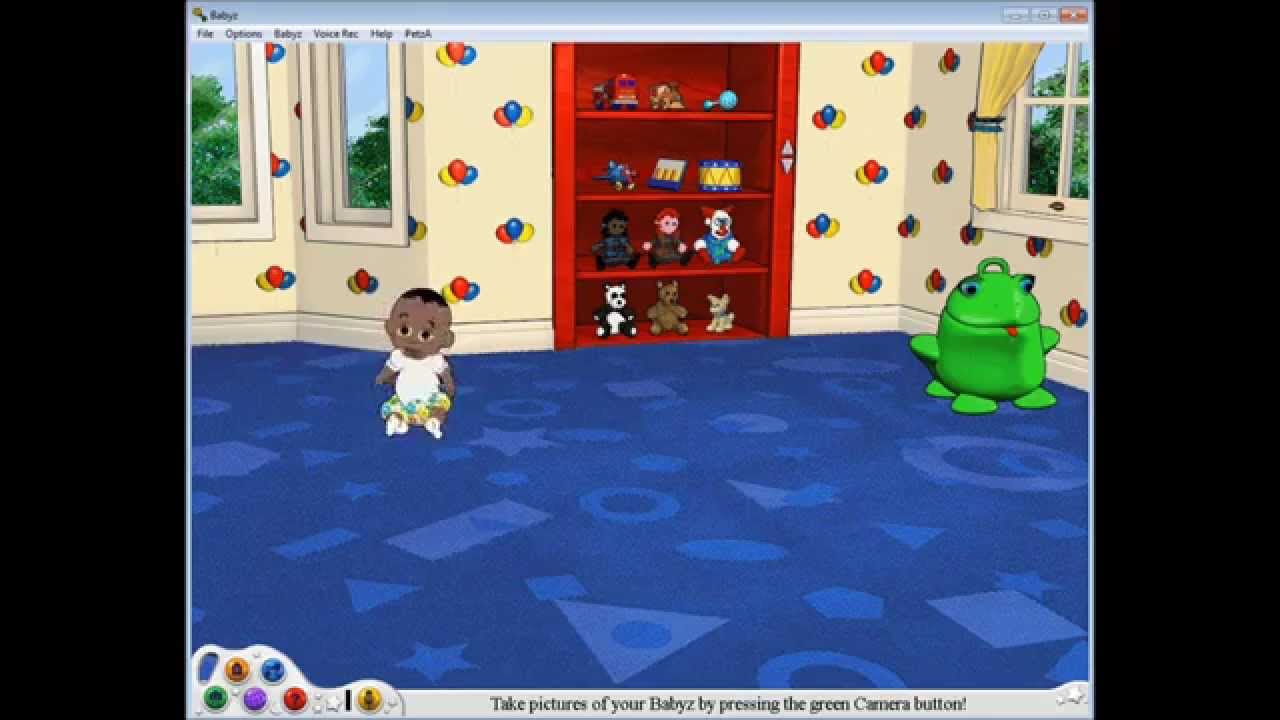 Came also out for:

The “game” is much like Dogz of Petz from PF Magic, but as the name suggests you adopt human infants. You have a wardrobe of clothes to cover them in, and shelves of toys for them to play with. There are also more babies, toys and clothes that can be downloaded online.
The box advertises that each copy comes with its own unique baby, which is true in that no two babies will be the same, as they change in response to your interaction with them as they grow.

Voice interaction is an integral part of the game, and it came packaged with a microphone for the purpose. You teach them to recognize you, and can teach them the names of the objects they play with.