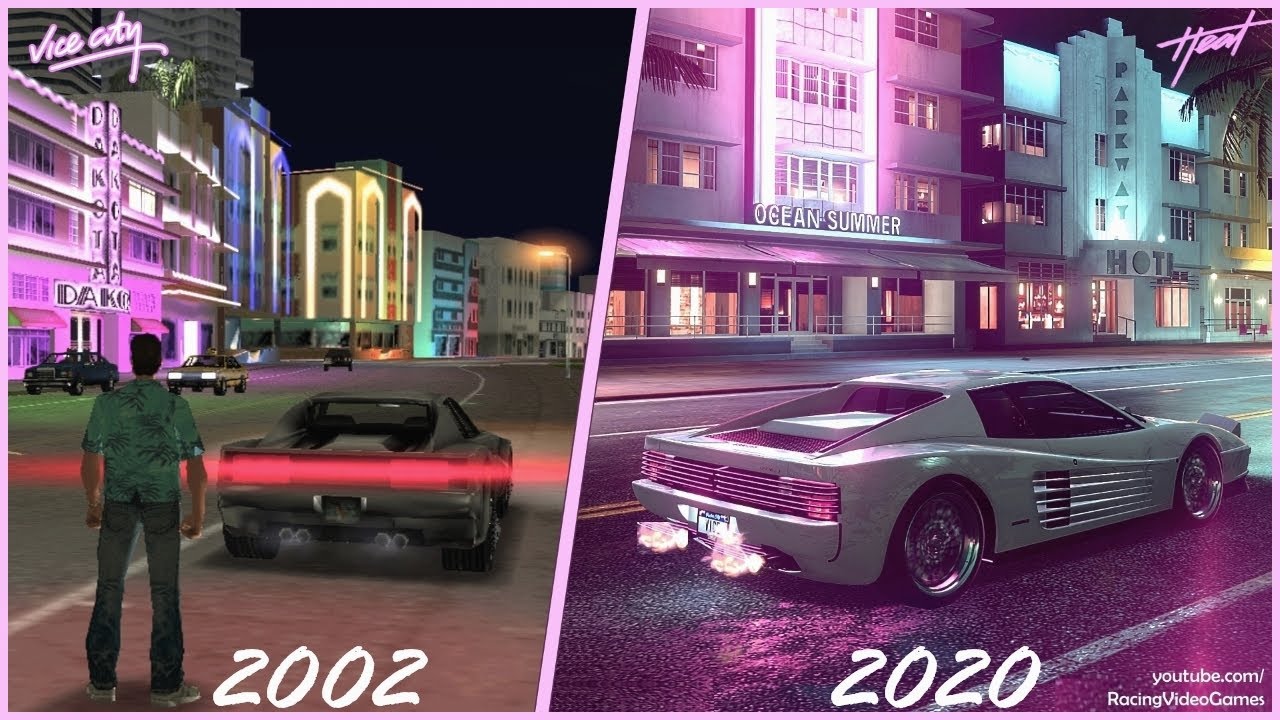 Comparing the leap in graphics between the PS2 and PS4 generations of consoles. And mostly just an excuse to feature one of my favorite games in a video 🙂 If rumors and leaks are to be believed, GTA 6 could return to the beloved Miami inspired location of Vice City, and its surrounding areas. Most likely its release date will be on the upcoming PS5 & Xbox Series X, so we’ll have to wait a while. The newly released NFS Heat might be a close representation of what GTA VI could visually look like, if they returned to Vice City. Exciting times ahead!

The gameplay footage in this video, for both Need For Speed Heat and Grand Theft Auto Vice City, was captured on a Playstation 4 Pro. GTA Vice City is available as a ‘’PS2 classic’’ digital download title on the Playstation Store.

Video made by Racing Video Games. Playlists are listed below: