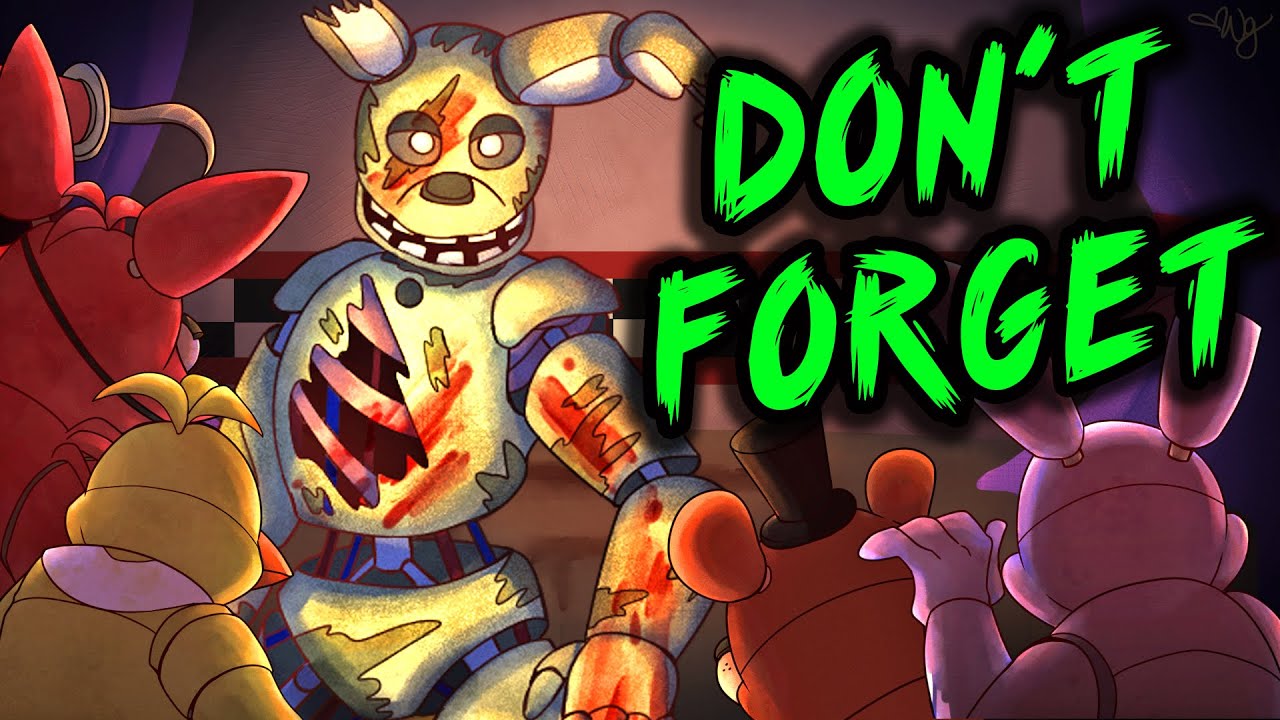 FNAF song “Don’t Forget” by TryHardNinja (feat. Not a Robot)
Subscribe: | Get this song:
Watch my NEWEST video game songs:

Zamination came to me to write an original FNAF song to be used in their new animation. They told me the story would revolve around revenge so I teamed up with Not a Robot to make this original FNAF song “Don’t Forget.” I really hope you enjoy! Huge thanks to producer Not a Robot, all the choir singers for lending extra vocals to the bridge, and their parents for making it happen!

Music Production by Not a Robot:

About TryHardNinja:
Hey guys, I’m TryHardNinja the video game singer. I’m a singer songwriter that makes songs about video games! Everything from Minecraft songs, to Five Nights at Freddy’s songs, to even Undertale and Call of Duty songs. I make them all. Click the subscribe button above and you will be notified when I post new music videos! I get asked a lot if it’s ok to use my music in videos. For the complete answer please refer to my music usage terms on my website at If you’re looking for gameplay, I post playthroughs / gameplays / walkthroughs on my gaming channel GamingAwesomeYT.