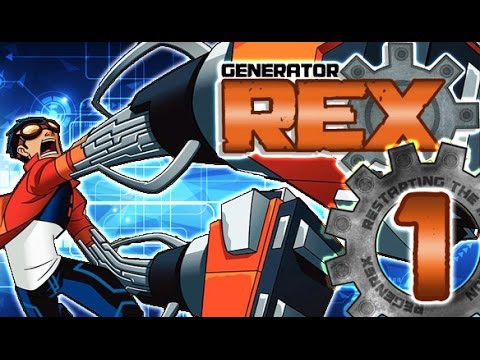 Generator Rex Walkthrough Part 1 game for PS3, X360, Wii – 100% all Items Of Rex
Based on Cartoon Network’s top-rated animated series, the Generator Rex: Agent of Providence video game lets players take control of Rex, a teenager who has harnessed nanites within his body to become the ultimate weapon. In the game, Rex is in a race against time to prevent Van Kleiss and his minions from gaining unprecedented powers that could destroy the earth!

♥♥♥♥♥ #WishingTikal About: Hey there, I’m Gen, or Tikal. I worked years on Gamefaqs writing walkthroughs. Now I make video guides out of them. I do 100% collectibles runs to show where all of the secrets are. I record all footage all by myself, every single one, and edit them together to remove mistakes, or loading times, to make for the best and most fluid viewing experience possible and help others. My walkthroughs are usually of superior quality, so pick mines! I record in 1080p most of the time, except my older videos which are in 720p. I use HDPVR2 to record. I work the hardest possible to provide you the best gaming help. All games are posted with permission from the owners and some game codes are also often given by the publisher.