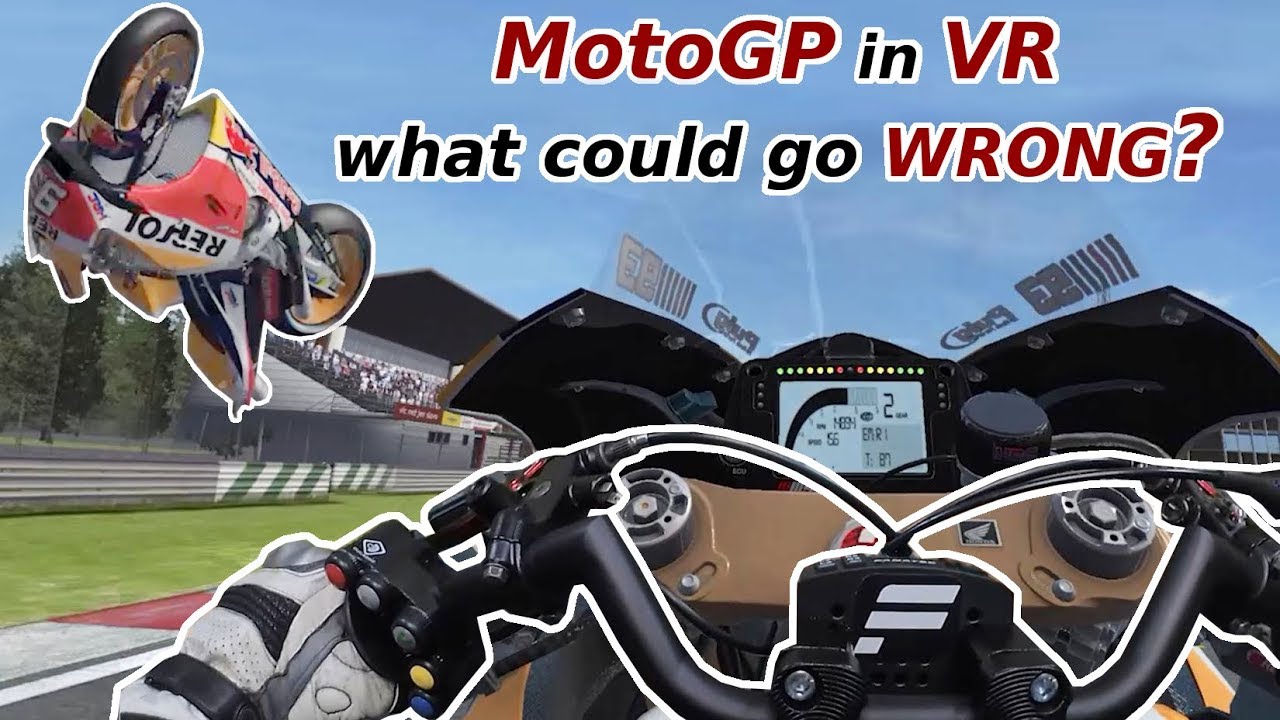 This must be the most difficult thing I’ve done in a driving simulation. It’s one of my first tries, so I’m still learning, have to improve my settings, skills and find a smoother track for next time because the bike get’s unsettled in the same corner every time. Tried my best, had some nice wheelies, stopies and a lot of crashes :-D.

How to use realistic steering inputs:
1. open “C:Users”username”DocumentsPiBoSoGP Bikesprofiles”profilename”profile.ini
2. add
[hardcore]
directsteer=2
directsteer_maxangle=50
3. setup your wheel rotation to 90 degrees maximum in your driver profile
(you might need to play around with those last 2 values to finde your sweet spot)

What is Mixed Reality?
It´s a way to record and show game play to serve a better understanding of how it feels to use Virtual Reality. It uses a green screen to later blend out the room you are playing in and instead blending in the virtual environment life or in video editing. So it´s only a way to show to the viewers, while playing i can´t see my wheel and real hands. So it´s not like Augmented Reality, which will maybe come in a few years and will look similar.

If you wan’t to support my channel, you can do that by disabling the ad-blocker if you have one or by donating the lowest amount you want via this link paypal.me/MixedRealitySR but don’t forget to place a little suggestion in the message, I will try to make it happen.