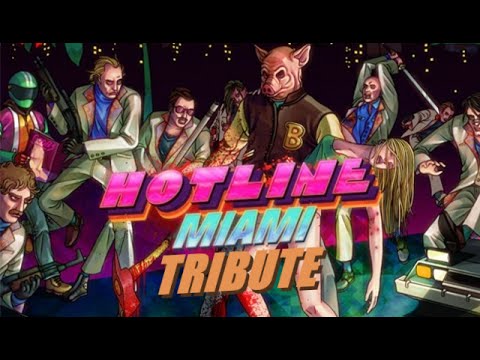 My version of a full playthrough, presented as a music & story experience. Enjoy it in 1080p 60fps! Read the description for more details! 🙂
You can support me and the channel! Read more here:

Read more about me and what I do here:

The purpose of this video is to make a tribute to the entire game, exluding own deaths, but highlighting the story and the music. I have played the game in a “natural” way; so anyone can follow the levels and the entire storyline. Note: This is not meant to be a speedrun, so I included some minor exploration to get a look at the surroundings as well. Furthermore, I did not want any talk included in the video, and have the sound effects on lower volume to highlight the music.

Hotline Miami was released 2012-10-23 (steam & gog.com dating), exactly two years before the first video in this mini-series was made public. One week from making this video public, the sequel will be released, so this is both a tribute to the original game as well as to hype the next game.

I recorded all gameplay without music, adding that afterwards. Furthermore, all deaths were cut away to make the story complete. This is partly the reason for recording without music, since it would be ruined by all cuts. I have recorded all conversations in reading pace, to make it easy for everyone to keep up with the story.

I tried to match all levels to their main song based on the Hotline Miami Wiki information. However, between every level I was more creative to get a better music flow throughout the videos, this also opens up to play the tunes longer instead of cutting them early every time and repeating the same track a lot of times.