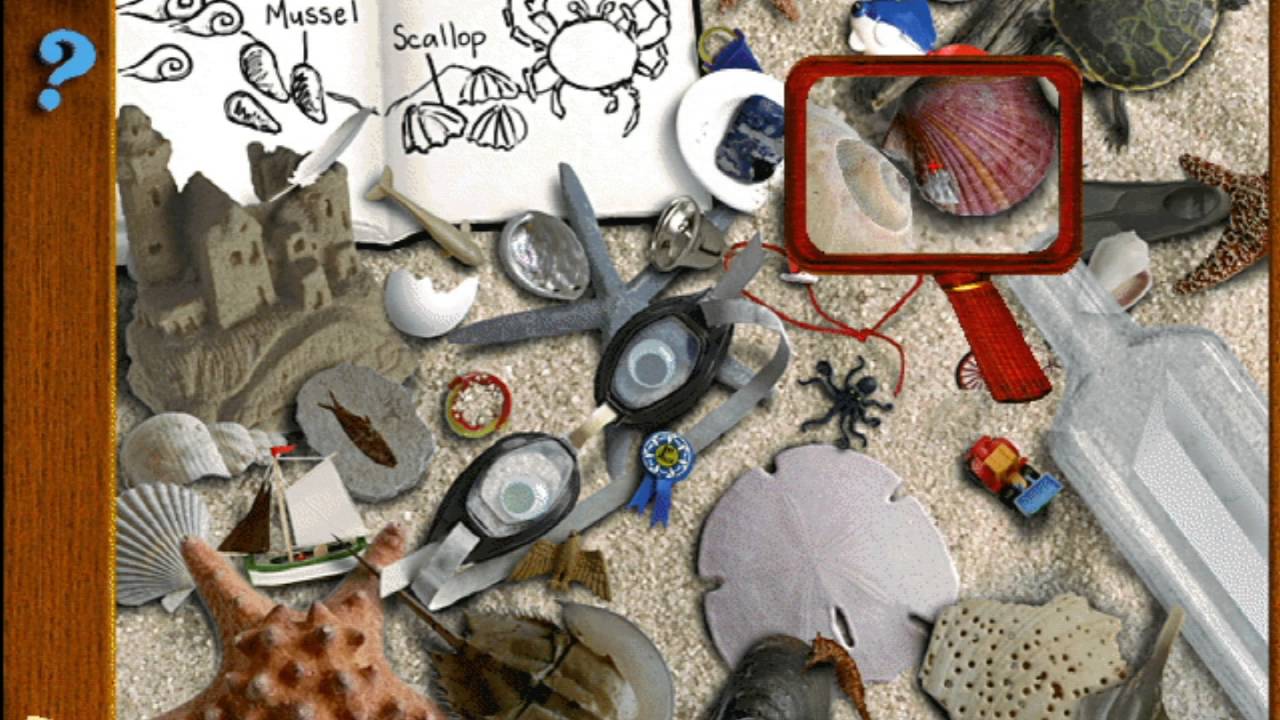 Well, I cannot say I ever expected to run across this game. It’s a pretty forgotten one and most people are unaware it ever even existed, and the few who have seen pictures of it have probably never given it a second look.

And, to be honest, there’s good reason for that — it’s exactly the same thing as I Spy School Days, just minus the craft projects theme (so, if you ever wondered why the ladybug never appeared there or why it was never visited in Balloon Popper, now you know). No, seriously, that’s it. Okay, well, a more detailed rundown of the differences…

* The opening logos are slightly different. There’s a Media Circus logo and the Black Hammer logo is not animated.
* The “Welcome new players…” line is excluded (which, in School Days, was exclusively used if there were no names on the list).
* The main menu has different voices — first off, the opening line is different due to having eight activities instead of nine, and the “help” dialogue is voiced by a different kid (probably to avoid having clashing voices when reaching the “craft projects” line).
* Speaking of which, the main menu also has a slightly different look due to the absence of craft projects. This also means the main menu button was redesigned.
* In the chalkboard theme, when doing the matching puzzles, the chalk actually “draws” instead of just appearing.
* There are fewer treasures in “Make Your Own” due to the absence of craft projects.
* A handful of “found object” jingles were added to School Days; this one has only 20, whereas School Days has 30.
* This version can run on Windows 3.1, where as School Days cannot. To be honest though, I’ve played this on Windows 3.1 and…yeah, it really should have never run on it to begin with. And I’ve done it in both DOSBox and on an actual 3.1 machine (which has higher specs than most other PCs that ran it), and the results were less than satisfying on both accounts.

To be honest doing this walkthrough at all was pretty redundant, but not at the same time. My walkthrough of School Days was mostly okay…except it had that really obnoxious popping noise problem (which I later discovered a fix for, which bugs the heck out of me). This one thankfully does not have that issue, and as a slight bonus, it’s also in 60FPS, though that’s not a really major thing.

So, on the whole of whether adding craft projects really improved the game or not…to be honest, it only marginally improved the game. If I want to be perfectly straight, craft projects always felt so forgettable. It was sort of just there. The other three riddle-solving themes had at least something to distinguish themselves and make them stand out. Anything craft projects did, nature already did, and nature at least had the magnifying glass stages which, reviled as they may be, gave it something to stand out for. Craft projects was just another “static screen” type thing, and the pictures weren’t even that memorable either aside from them all having one theme, but again, nature already did that. I mean, compare it to wood block city (which had a three-viewpoint gimmick and the same city with something different going on in each picture) and chalkboard (which takes us through the months of the year and has the scrolling picture gimmick) and you start to see just how little craft projects stands out. Though, I think it’s interesting to note that had this game been released in the modern day, craft projects would probably have been DLC. Pretty crazy to think about!

As for the walkthrough itself, bleh. I kind of went into this without practicing at all, which led to a ton of places where I completely forgot where things were, ESPECIALLY in nature (hey, YOU try memorizing the places when there’s nine pictures that occasionally have THREE riddles instead of two!). In fact if you have an eye for editing, you’re probably gonna notice a bunch of jumpcuts. Trust me when I say I the original unedited walkthrough was close to unwatchable. I mean, I always remember where everything in Wood Block City is because that was always my favorite theme as a kid, but otherwise…meh. In fact, watching this again…I really have a ton of trouble watching it, it’s paced so badly and I really have little excuse for not doing a practice run beforehand so I could get all the object locations on my mind. It’s a trap I try not to fall in (I’ve seen so many terrible walkthroughs of kids’ PC games that miss things because they just figured it was easy enough to cover them thoroughly on your first run through. It’s not), and yet I managed to fall into it. Oh well.

This was recorded off the IBM ThinkPad 600e running Windows 95. Recorded with the AverMedia Game Broadcaster HD.

This game is (C) 1997 Scholastic. Please support these companies by buying their products!