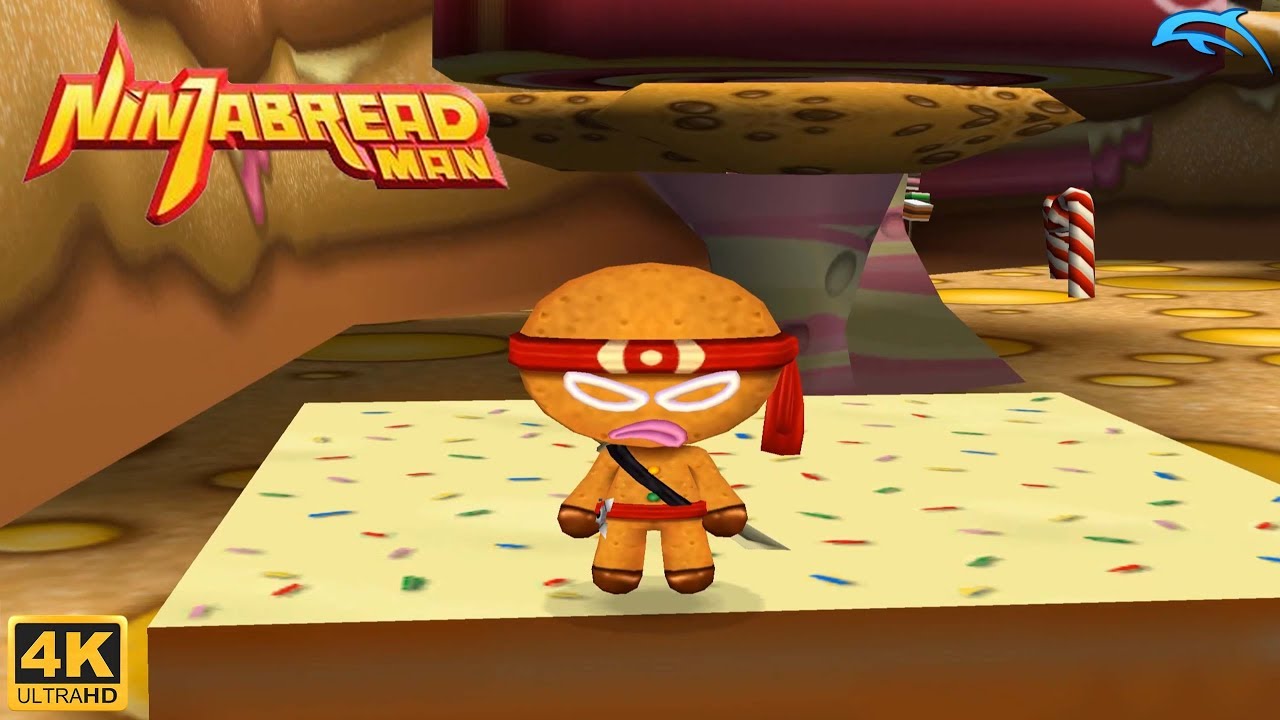 Ninjabread Man is a platform video game by developer and publisher Data Design Interactive. The game was released on the PlayStation 2 and Microsoft Windows in Europe in July 2005. A port for the Wii was released in September 2007 in Europe and Australia, and 3 October in North America. Ninjabread Man was published as part of Data Design Interactive’s ‘Popcorn Arcade’ brand of Wii games.

The development of Ninjabread Man began as a re-imagining of the Commodore Amiga classic Zool: Ninja of the Nth Dimension which was largely favourably received on its initial release in 1992. Zoo Digital Publishing commissioned DDI to re-imagine Zool as a 3D game for eventual release on the PlayStation 2 and the GameCube, however, the publisher was unimpressed with the results and canned the project. DDI opted to continue with the game, but changing the theme and character for Ninjabread Man.

Ninjabread Man received unanimously negative reviews from critics and has been regarded as one of the worst games of all time, being heavily criticized for its controls, camera system, graphics, story, and short length.

– recording sw Nvidia Share.
– some games can have graphical issues, lags and other problems…