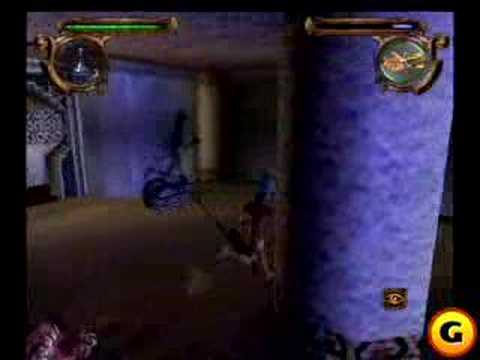 Shifters is the successor to 3DO’s poorly received Warriors of Might and Magic, and this fact is immediately apparent in a number of ways. Its predecessor, which was among the PS2’s earliest third-person action adventure games, was regarded as one of the system’s worst games around the time of its launch. Sadly, Shifters doesn’t fare much better. The game attempts to create huge, living game environments, and it tries its best to set you free in them with a character-development system that’s versatile in theory and interestingly designed. But the fulfillment of both of these ambitions is unfortunately stymied by shoddy production values and half-baked game mechanics. As was the case with its predecessor, Shifters was clearly not given enough time in development, and it isn’t fun to play as a result.