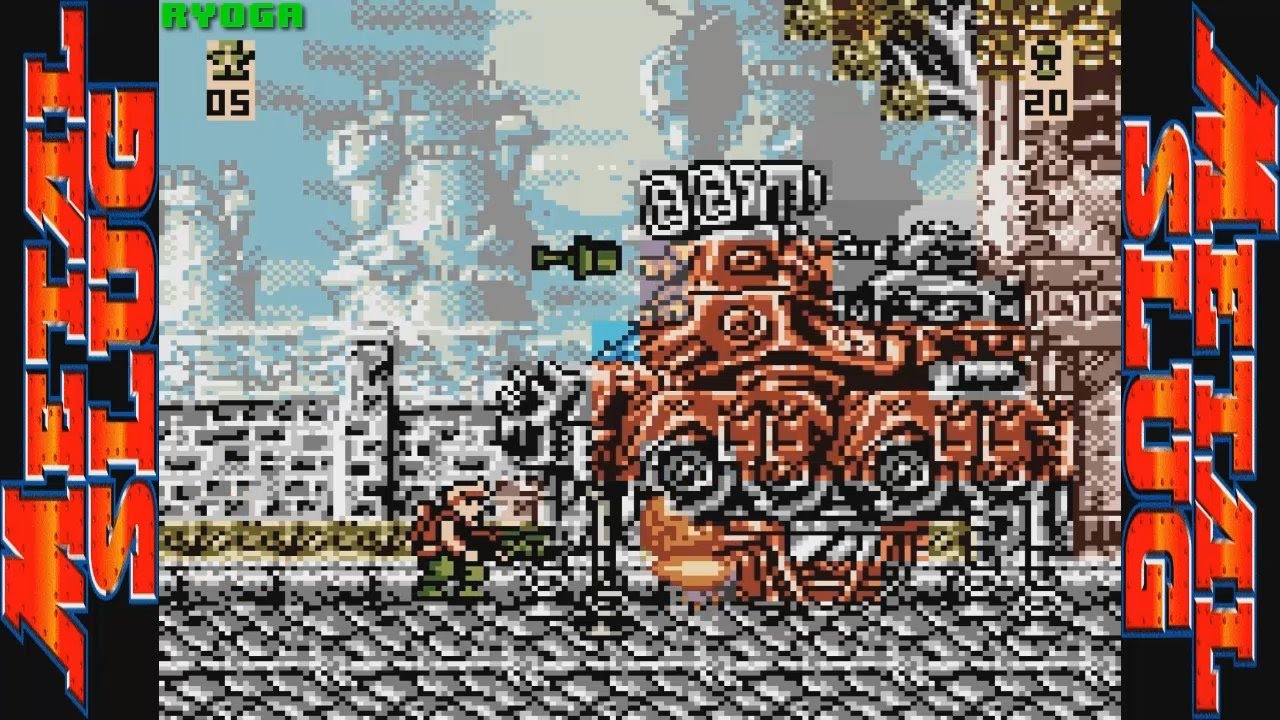 Terrifying 911 is a pirate Game Boy Color game released sometime after 2001 by Li Cheng in China, and developed by Hitek in Taiwan.

Terrifying 9.11, also known as Shocking 911 (驚爆 911; alternate name for the original Taiwanese release) and Special Forces 2 Base (特種部隊 2 基地; the name of the Chinese Li Cheng re-release) is a pirated game credited to Hitek, first released in the early 2000s, shortly following the September 11 terrorist attacks.

The game, which was, in fact, a Gameboy Color port of Metal Slug, featured an opening FMV containing actual footage of the twin towers being attacked, said footage being played alongside a disturbingly out of place 8-bit tune. Upon pressing start, both an introduction and a short conversation between Osama Bin Laden and George Bush are shown (written in English for the original release and in Chinese for the Li Cheng one), reading the following:

“A gang of terrorists have hijacked an airplane and hit at the World Trade Center in New York of the United States. Strong explosion has made heavily injured and died as well as economic loses. To give back terrorist’s activity a good hit, the White House/the Pentagon takes a rapid action and sends out the most excellent specially trained soldiers to go at the major base of terrorist in Afghanistan….”

A map is then shown, before the aforementioned short conversation begins, with Bush asking Bin Laden “Why did you destroy the twin towers and slaughter common people? America will punish Osama Bin Laden by law.”, to which Bin Laden replies “I didn’t do the attacks. No evidence.”

Despite the game’s controversial content, most who’ve played it have described it as a good, solid port of Metal Slug. The current theory amongst fans is that a Metal Slug port was in production, but fell through, with the resulting code being leaked (or perhaps even sold) to Hitek, to do with as they wished. As of yet, no versions of Terriyfing 9.11 have ever been dumped online and copies only pop up for sale on eBay and the like once every few years.